Aoi Sakuraba is seen holding a train ticket, feeling frustrated because of her inablity to pass the ticket gate. She falls to the ground after accidentally knocking into a man. She lays on the ground for awhile before hearing someone asking if she is alright and holding out his hand to her. She takes Kaoru's hand and thanked him a little shyly. However, Aoi realised that her hanao has snapped and was anxious. Then, Kaoru told Aoi to hold onto his shoulders for awhile and she watched in surprise as he fixes her hanao. Kaoru exclaims how rare it is for people of her age to wear a tsumugi. Kaoru fixed her hanao and told her to check on it as him fixing it is just temporary. Aoi thanked him and proceeded to ask him how to get to the izumi-gaoka line. Kaoru then tells her that the line is not where they are and is in the opposite direction. He told her the directions and she agrees hesitantly that she knows the way. Kaoru, worried, told her that he is going in the same line with her and thus wants to accompany her. The two set off with an awkward atmosphere. Kaoru and Aoi started talking. The train reached the stop but Aoi was asleep so it went one more round before Aoi and Kaoru alighted. They realize they are walking the same route and come to an empty plot of land, where Aoi's person is supposed to be. Aoi collapses in sadness and is invited to Kaoru's home for a hot drink. When asked for another evidence of her person instead of his address, Aoi shows him a picture of herself and the person. In the end, Kaoru realizes that Aoi's person is actually himself and knowing this, Aoi immediately hugs Kaoru while crying. 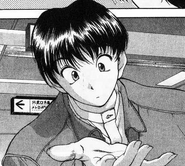 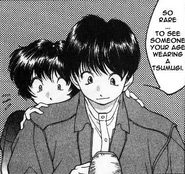 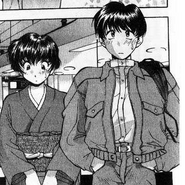 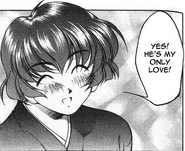 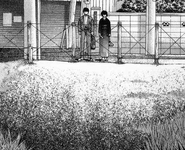 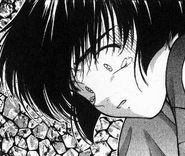 Reunion!
Add a photo to this gallery
Retrieved from "https://aiyoriaoshi.fandom.com/wiki/Reason?oldid=4691"
Community content is available under CC-BY-SA unless otherwise noted.